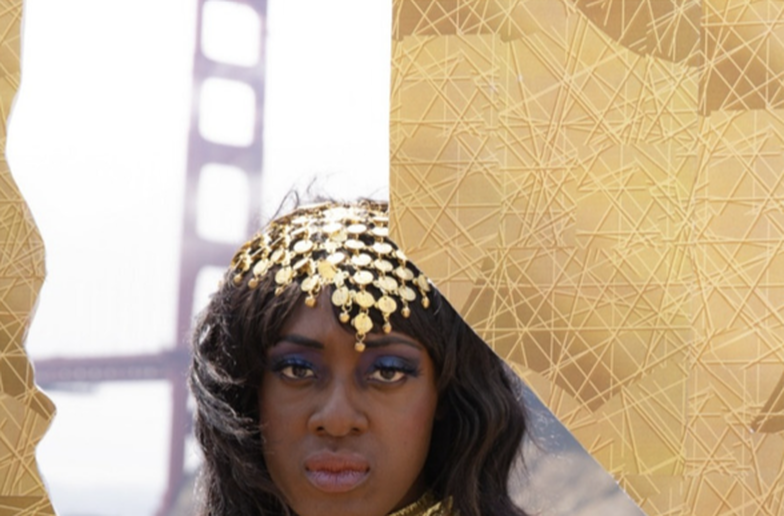 ​THERE IS ONE WOMAN WITHOUT WHOM CALIFORNIA WOULD NOT EXIST
Her name is Queen Calafia:
A Mythical Black Amazon Warrior Queen!
On Sunday, October 3rd,  2021, Queen Calafia  returned to California. Joined by a parade of boats, she sailed beneath the Golden Gate Bridge aboard her Golden Royal Barge. Queen Calafia landed in Sausalito at 3:30pm, accompanied by her golden-clad Amazon warriors and griffins, to speak with us Californians. 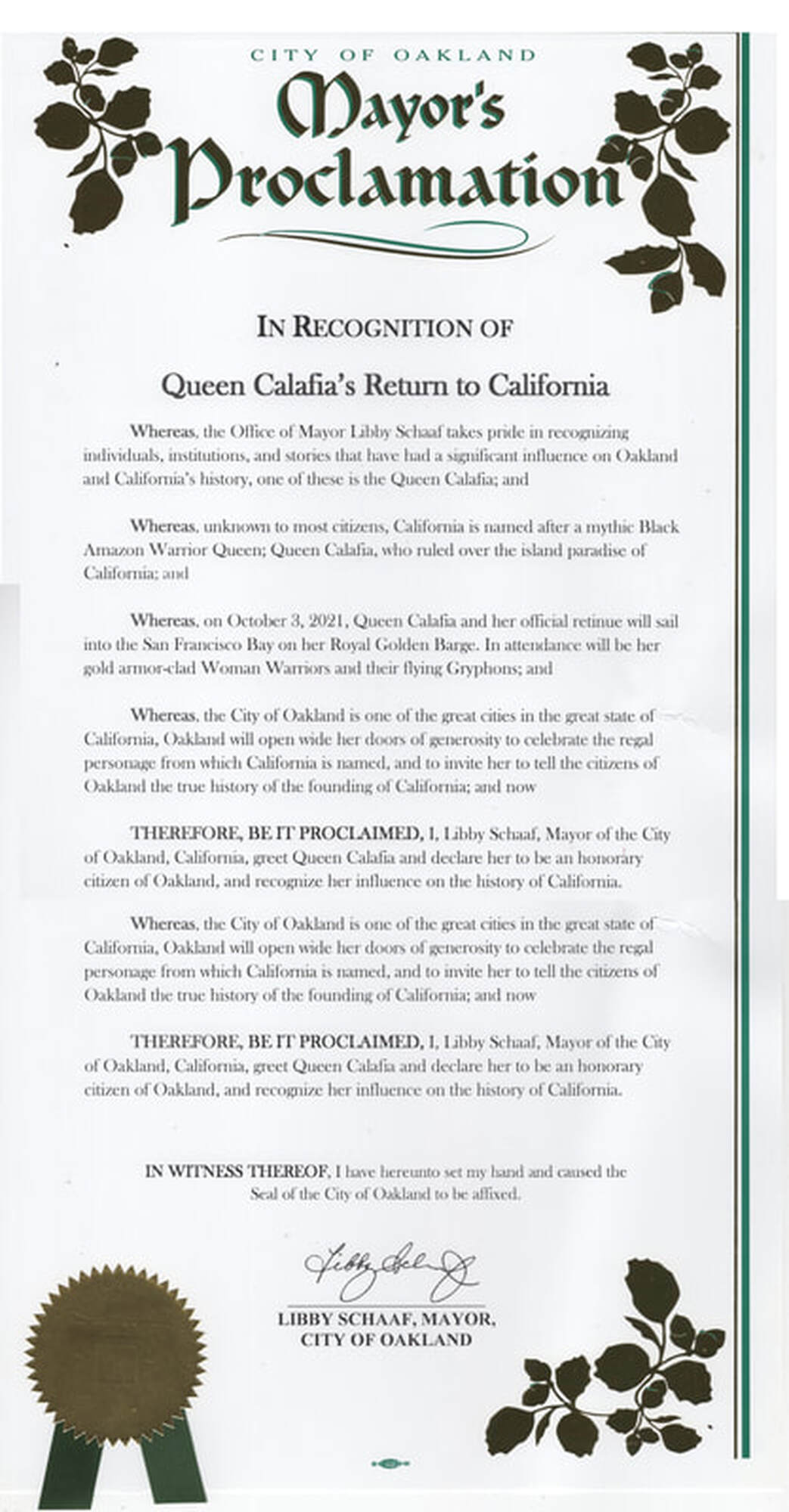 Queen Calafia was a beautiful, black warrior Queen, who first appeared in the 1510 adventure novel of chivalry “The Adventures of Esplandian.” by Spanish poet Garci Rodriguez de Montalvo. She ruled over the fictional island of “California” and led a fierce army of Amazon women warriors and Griffins, flying mythical beasts.  The captivating Queen Calafia and her story inspired Spanish explorers led by Hernan Cortes in 1536, who landed on the Baja California peninsula. Believing that they had discovered an island, they named it “California”, after Queen Calafia and her mythical reign – the name endures to this day, Explore more! 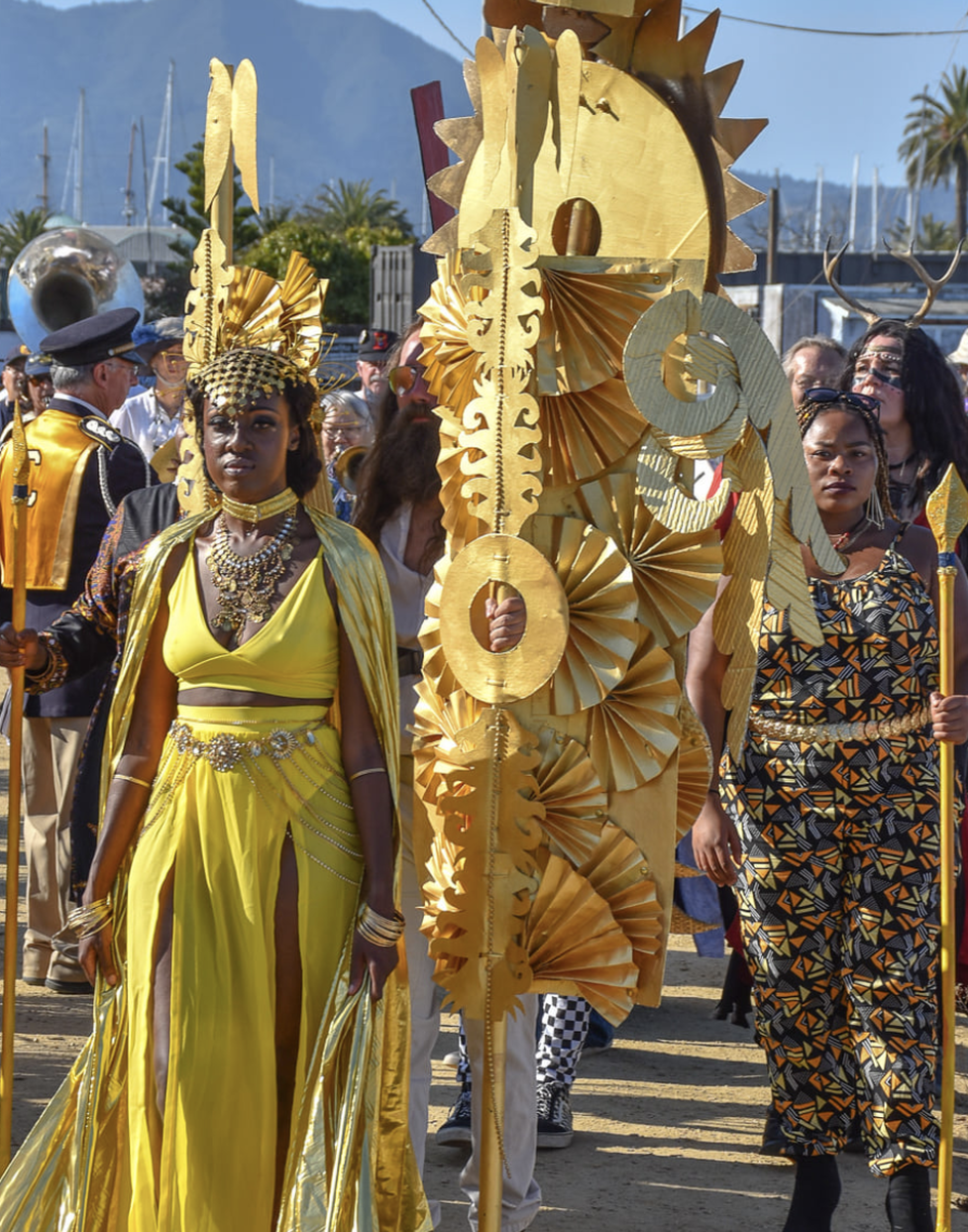 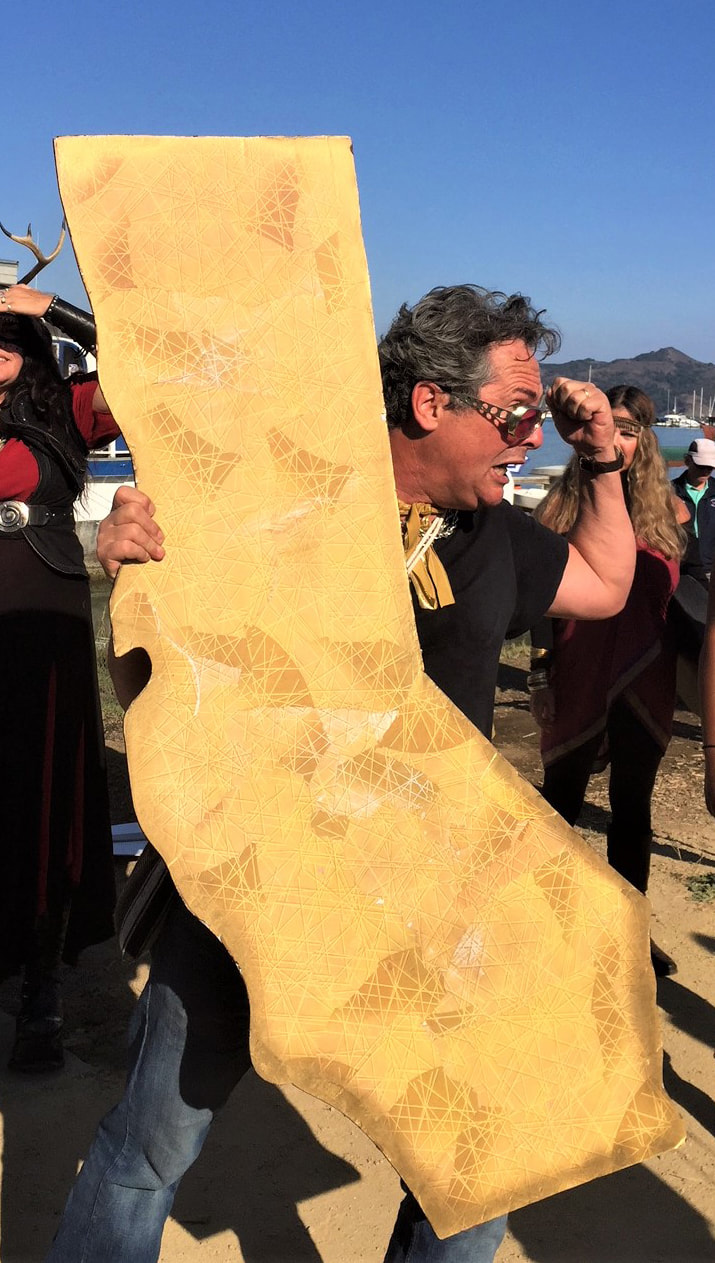 ​
Riddler tells the riddle of Queen Calafia
​
There’s a name we know to be,
Once known and yet unknown,
that lives on the tips of our tongues
and yet goes unspoken.

Let’s return Calafia to her rightful place in our people-story.
Tell everyone you know about Calafia and  Join The Calafia Project 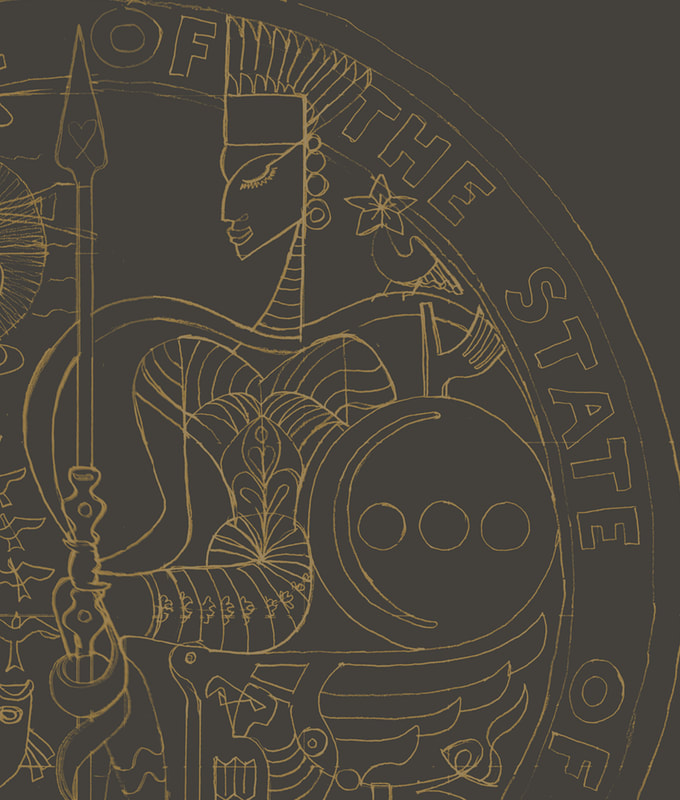 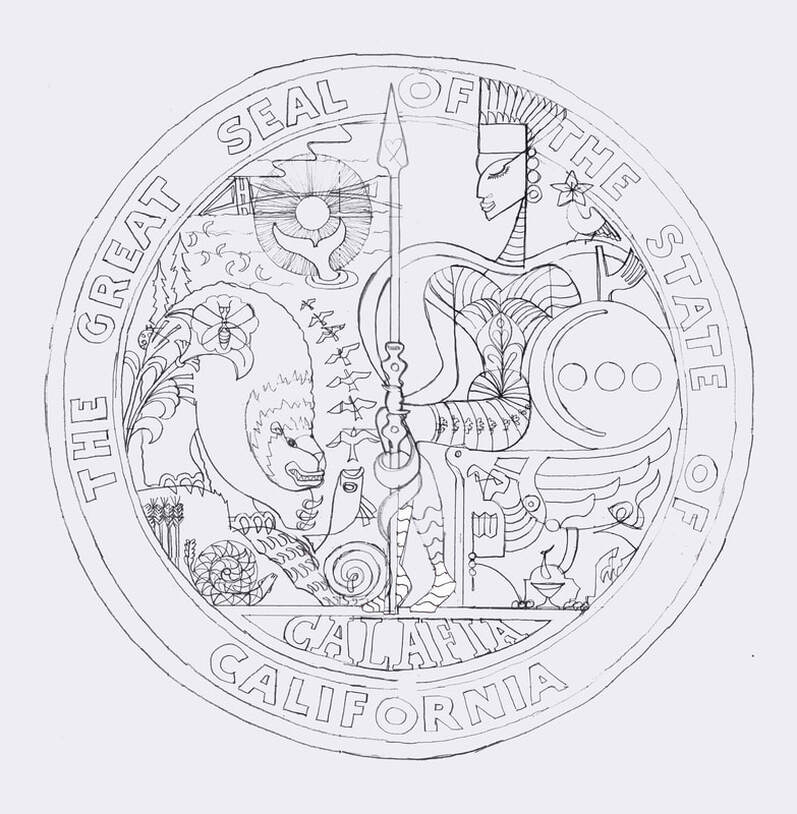 Calafia deserves to be on the Seal of the State she is named after. 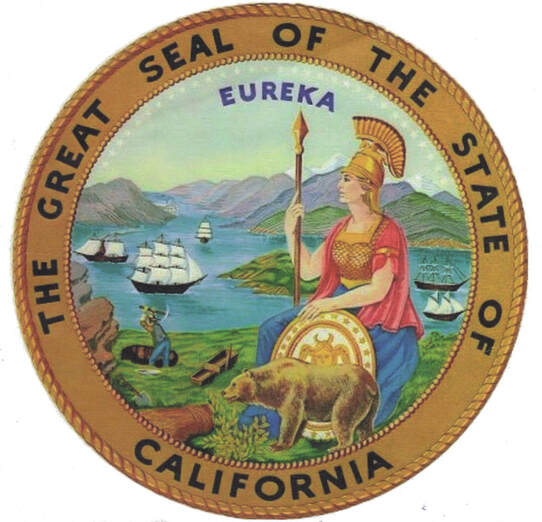 The New Calafian Seal of California  was revealed  during a SF Tenderloin Community Event, The Expo,   November 19th , 2021 and then painted by everyone who wished  to do so. 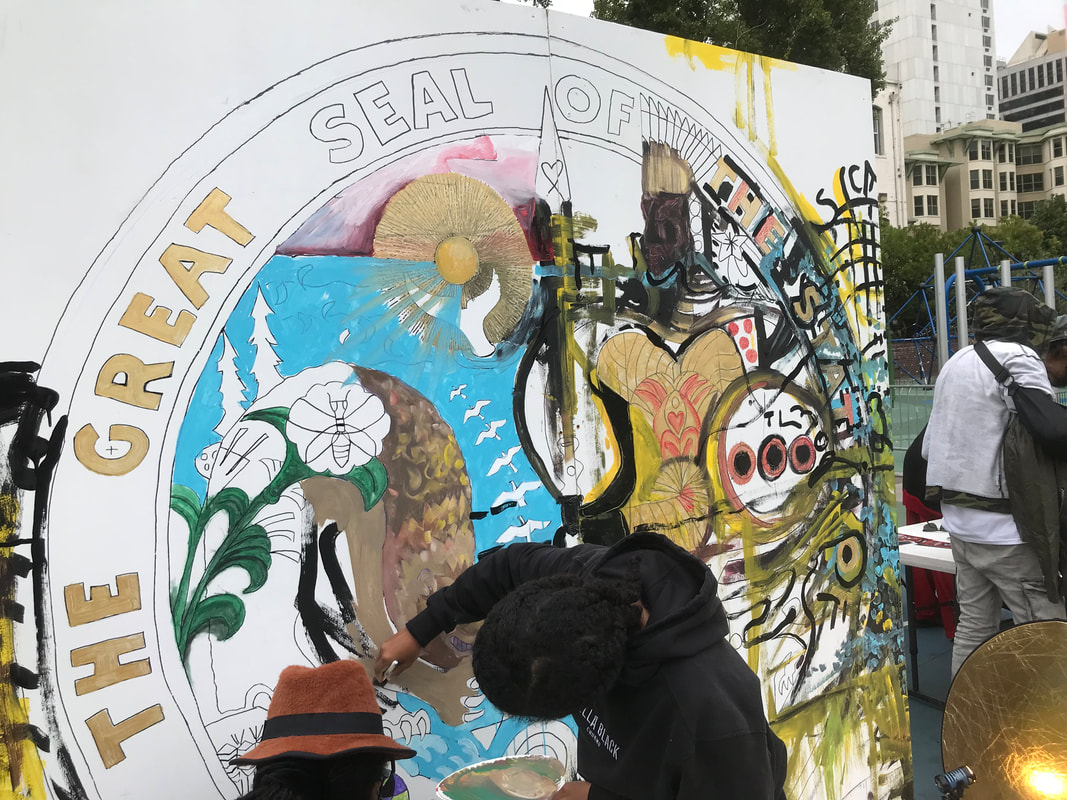 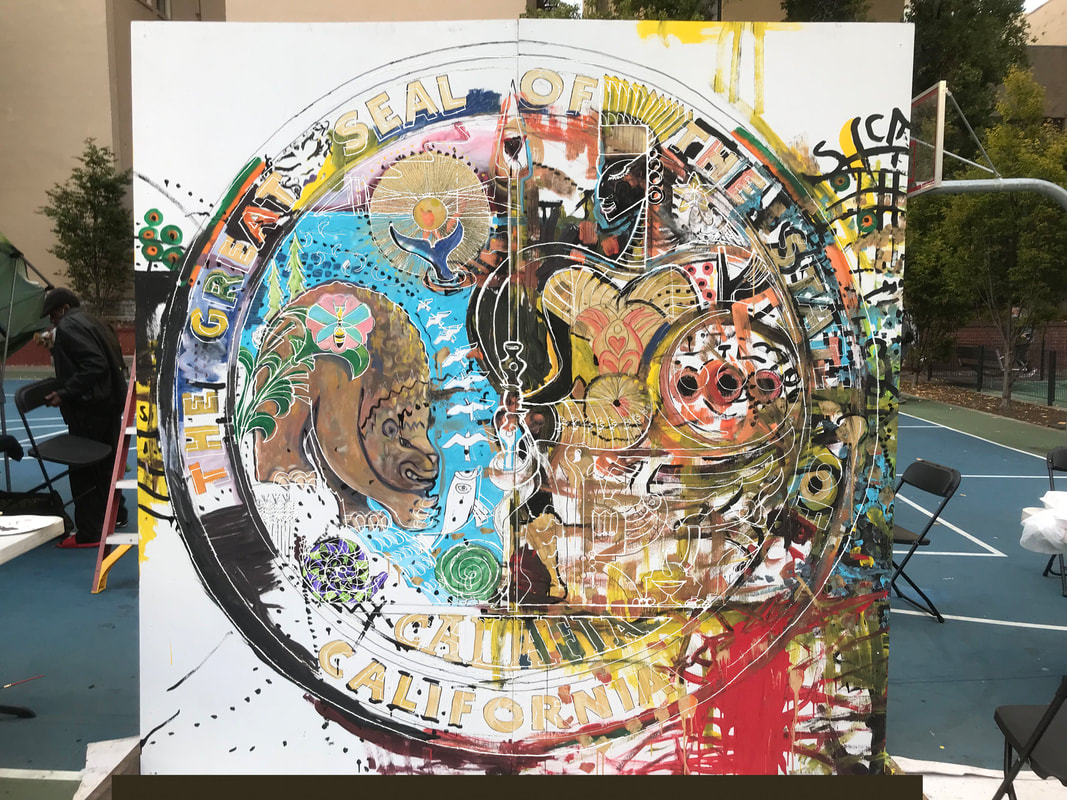